A new lecture textbook for МА specializing in economics, mathematical and quantitative methods, macroeconomics and monetary economics. Basic forms of economic system stability and new quantitative methods and approaches to its are considered. Main attention is paid to issues of amount and sufficiency of information in the system. Novel approaches to forecasting and simulations of complex economic systems dynamics and their application examples are presented. 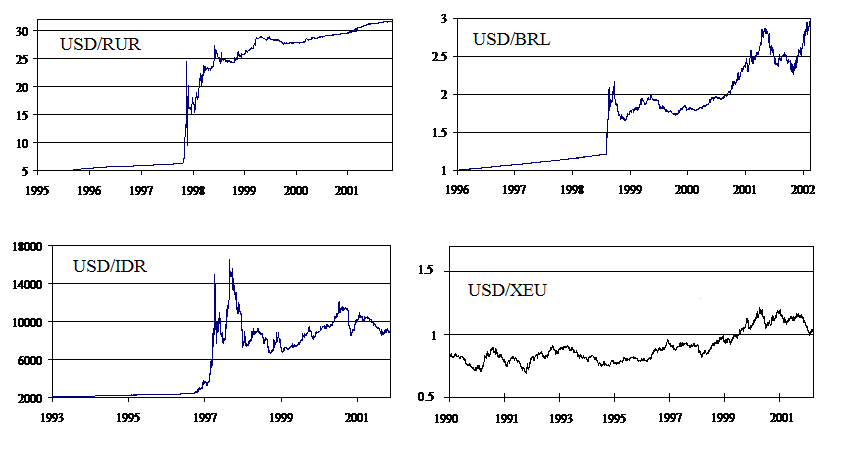 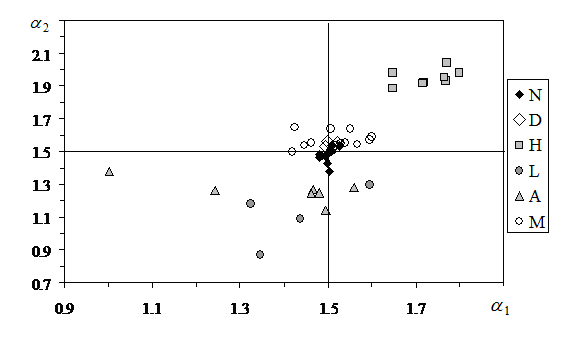 Fig. 3. An example of a time series from the group N (US dollar against the German mark), showing variations in the fractal indices 1 and 2 in the range of 1.25 to 1.75. Index 2 does not cross these critical levels for 30 years.

The reasons for appearance of risks in economics. Difficulties of scientific research in economics. Content and classification of economic information.

Lecture 2. Characteristics of the Economic Systems.

Lecture 3. Stability of an Economic System.

Lecture 7. The Theory of Self-Organized Criticality.

Lecture 8. Fractals and Their Properties.

Lecture 11. The Risk Factors in the Macroeconomic Systems.

Lecture 13. The Macroeconomic System’s Classification by the Level of Dynamical Stability.

Fractal analysis of currency time series. Classification of the currencies by the stability groups. Recovering of system stability after the economic crisis.

Determination of normal range of nonstationary fluctuations of Peng’s critical exponent. Evaluating time series fractal structure Evaluation of accumulated deviation of Peng’s exponent beyond the normal range and its relation to crisis magnitude and duration. Fractal regression of monetary crashes.

Problem 1. Estimation of the fractal dimension of time series by ruler method. Forecast and risk evaluation.