Nonstationary fractal analysis of currency exchange rate fluctuations in 162 countries with different political, financial and economical systems during the period of 1995-2002 has been conducted. The C.K.Peng’s detrended fluctuation analysis (DFA) is applied in order to reveal inflation tendencies and unstable regimes in currency dynamics over a broad range of temporal scales (5 minutes to 90 days). We show for the first time that the fractal structure of exchange rate fluctuations can be used as an indicator of monetary control system stability. In developed countries with strong economy, the DFA index remains close to the value of 1.5 predicted by the efficient market theory, even when the observation period includes short-term financial crises. In developing countries, the DFA index systematically diverges from this value revealing statistically significant correlations of increments (either positive or negative) over various delay times. Such dynamics are characteristic of a weak economy and, as the data analysis suggests, can be considered as a predictor of future monetary system crashes. In order to illustrate this possibility we have investigated the Asian financial crisis of 1997 and found that most of the involved countries whose monetary systems underwent catastrophic changes had been characterized by abnormal values of the DFA index of exchange rates fluctuations before the crisis. The depth of the crisis as well as the rate of the subsequent economic recovering also correlated with the DFA index. We interpret the obtained results in terms of the self-organized criticality (SOC) concept and demonstrate numerically that the observed scenarios of unstable currency dynamics can be associated with sub- or super-critical regimes of a disturbed SOC system. We also provide a technique for identification these regimes based on time series analysis and demonstrate how such information can be used for improving anti-crisis management strategies. 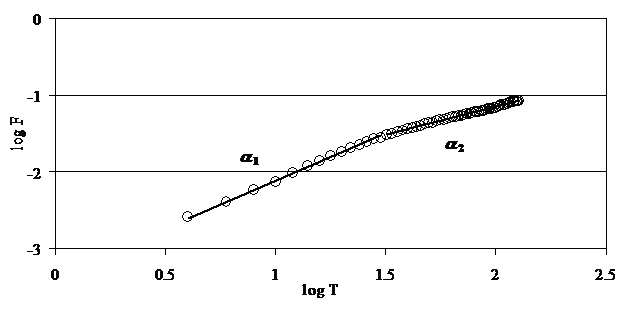 Fig. 1. Example of dependence the Peng F function of currency fluctuations (Indian Rupee) on the time scale, showing the two sections with different values of the index . 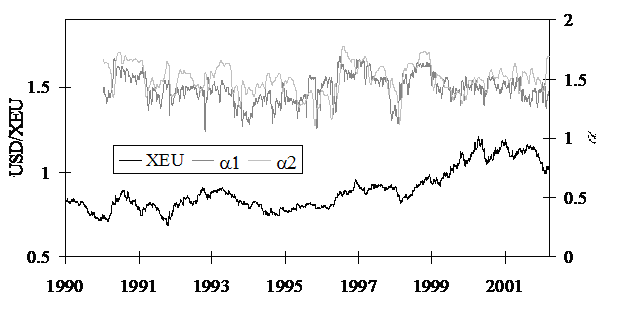 Fig. 2. Example of the application of the method of the sliding window (360/1) to analyze the evolution of fractal time series indices (ECU).

Fig. 3. Examples of the accumulated deviations from the “norm” level in the time series of the Australian dollar and the Brazilian real.