The results of theoretical research of conditions of stability in macroeconomic systems have been presented. Based on review of resent publications it has been shown that the macroeconomic systems are complex interactive systems and their crisis dynamic can be investigated with using of fractal analysis methods. The most stable dynamic state of the macroeconomic complex system is condition of self-organizing criticality, which characterized by fractal structure of corresponded time series with dimension 1.5 indicated effective market theory. Economic and financial crises are related to sub- and supercritical regimes of system’s dynamic, which can be revealed by deviations of fluctuations intensity and fractal parameters beyond the normal limits well before crises start. 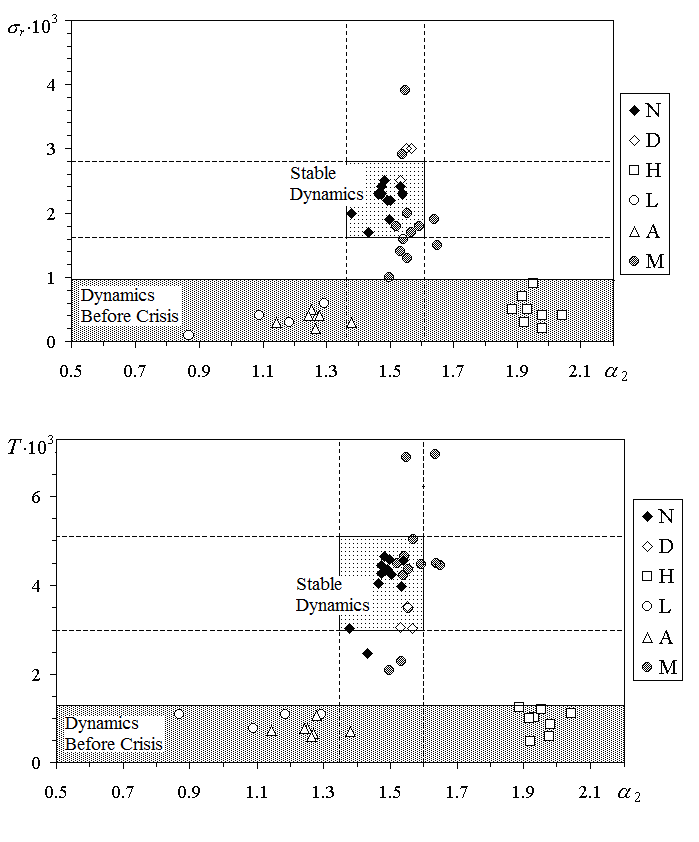