From point of view of traditional econometric modeling the critical condition in a system can be obtained under outside factor’s effect. However the reasons of critical events can be found in distinguishing property of these systems: the most economic and particular macroeconomic systems are complex nonlinear dynamical systems with a very special behavior. They can homeostatically tune their regime up in response to any new information or pressure. Using fractal methods it has been demonstrating an evidence of normal running of system’s parameters, requited scale free fluctuations in certain limits and examples suppressing of fluctuations which leads to highly unstable system’s dynamical regime and crises as a result. Based on an extended statistical analysis of exchange rate fluctuations, prove of importance this tendency plays role in the stability of the international monetary system has been provided.

O. Y. Uritskaya. The Fractals Methods of the Determination of the Criteria of Homeostatic Stability of Macroeconomic Systems // Management in the social and economic systems. // St. Petersburg: SPbSTU Press, 2006, p. 326-354.

Fig.  1. An example of a of currency from group H. Fractal indexes a before the crisis take values above the upper limit of norm 1.75. After the crisis, they are normalized and remain in the interval [1.25, 1.75] as it observed in time series from group N. 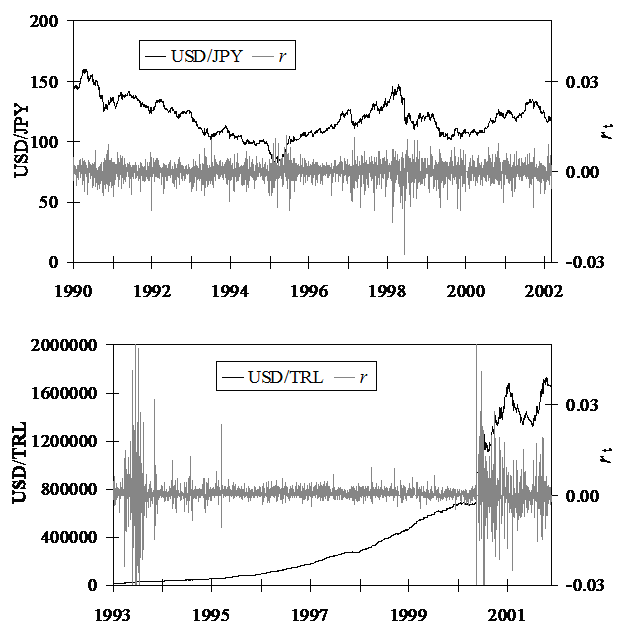 Fig.  2. Examples of time series of logarithmic increments rt of daily average exchange rate for the Japanese yen and Turkish lira (rates against the USD). 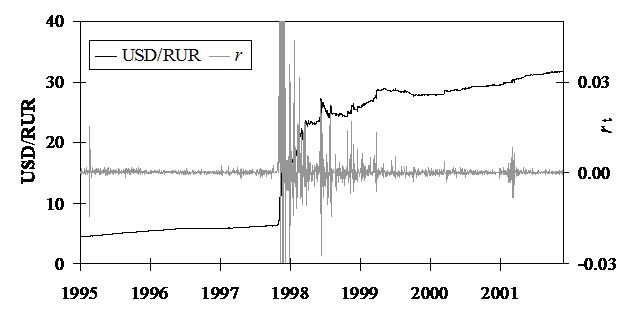